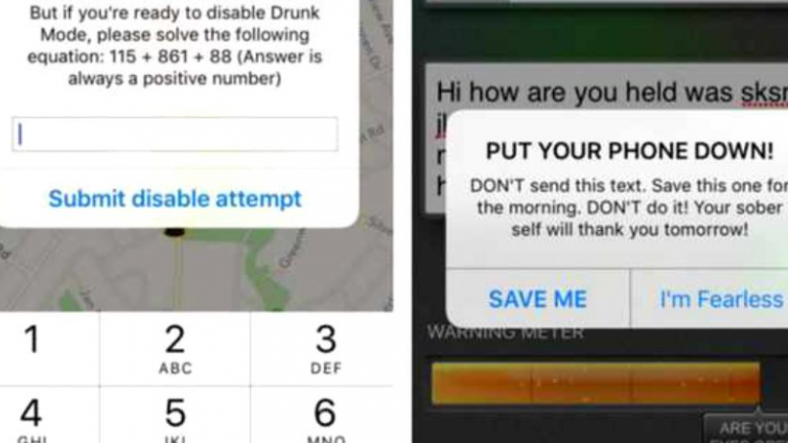 Drunk mode is a new feature for your smartphone that can prevent you from sending unfortunate text messages while under the influence of alcohol.

A Chinese company, Gree Electronics, has patented a technology designed to prevent you from making fun of yourself when you’re drunk, temporarily restricting certain other cell phone functions. Common applications such as instant messaging and SMS are also targeted, with the aim of blocking potentially unfortunate gestures.

Users will be able to set their own custom rules for operating in ‘drunk mode’, preferably when they are not under the influence of alcohol or other psychoactive substances. For example, choosing applications you want blocked or restricted.

An important role in this mechanism will be played by the set of rules / tests for checking sobriety, the restricted access mode can be deactivated only if certain criteria are met, such as testing the concentration of alcohol in expired air using a sensor or specialized accessory. for smartphone.

The patent also describes a simplified way to interact with the phone set to Drunk mode. It is probably a UI interface similar to those developed for the elderly, or visually impaired.

Unfortunately, the idea patented by the company rather recognized for the offer of appliances and air conditioning has little chance to be translated into a successful product, but could inspire other smartphone brands to come up with slightly different interpretations of this function, potentially useful.