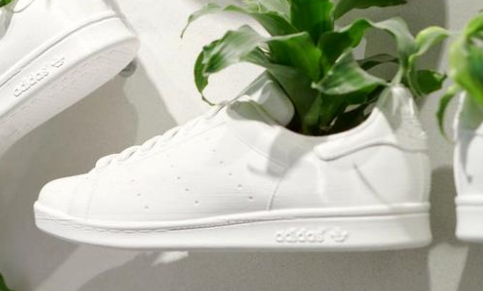 Marvel’s Iron Man VR will get fans of the Armored Avenger to drop their jaws with the initial experience of taking off in an Iron Man suit. After they’ve experienced for the fourth hour and become a little frustrated with trying to take turns perfectly or find themselves waving their arms to land in an exact spot to advance a mission, the excitement might fade a bit. Still, the engaging 12-chapter experience allows a POV-adventure where every physical movement made by the player is instantly applied and, through the PSVR headset, even their own hands show up in the famous red and gold of Tony Stark’s super suit (or other familiar suit designs, based on which suits they unlock!).

Immediately, it is easy to be blown away by what Marvel Games and Camouflaj have accomplished. Taking to the sky while striking the famous Iron Man pose when the character is flying is a dream come true. The game delivers that dream, instantly. Flying through challenge courses or zipping through aerial combat sequences, it is easy to become entangled in the PSVR’s cord, temporarily reminding gamers they are not, in fact, Iron Man. Along with the several other buttons which have functions in addition to hand positioning and movements, turning the camera without turning the head is possible. However, it can be a bit disorienting to suddenly be looking at something else entirely after the push of a button.

After mastering the controls, or coming as close as your patience will allow, exploring Iron Man’s abilities is like existing in a Marvel film. Pointing a palm at an enemy and pushing a button triggers a repulsor weapon. Point your fist at the enemy? A small auxiliary rocket can be targeted from the back of your forearm straight at the enemy with the push of the same button. There are more, too, should you choose to unlock them. A system of unlocking Iron Man suit upgrades keeps players poised to improve their efforts on challenges or story sequences already completed as a means to obtain more Research Points, which can be used to unlock weapons and other gadgets.

The titular hero is at the forefront of the story, bringing every bit of his unchecked ego into play and the witty attitude fans know and love, but he doesn’t come alone. Iron Man VR blasts out as many Marvel references it can without having to commit to other characters, a cool nod for those hoping to see brands like Roxxon, Oscorp, AIM, or others tied to more closely to the Iron Man lore slapped onto buildings. That said, it does tease the idea of other characters and corners of the Marvel world which aren’t necessarily going to pay off here.

The game thrives when it hurls the player into action. Moving through rooms before having conversations with characters like FRIDAY, Nick Fury, or Pepper Potts is sometimes engaging as the feeling of standing beside them adds to the immersion but it ultimately takes too long when paired with long and common loading screens. As those loading screens recommend, “take a break.” After a few hours, it is easy to be fatigued with the game and want a seat. It is best experienced a few chapters at a time and doesn’t seem to be intended as a single-sitting endeavor.

The duration of the loading screens, at least on a standard PlayStation 4 console, is a bit perplexing considering the graphics for the game. The game plays like an advanced and immersive shoot-’em-up arcade game with the added ability to fly in any direction but it also looks like a basic shoot ’em up arcade game. Heading to Shanghai early in the game, for example, sees the city streets empty of cars and people. Black ground, mostly free of texture or scenery fills out the room and simply designed buildings cloud the skyline.

The Iron Man suits and the supporting characters often serve as the best-designed graphics Iron Man VR offers, while cars, buildings, and much of the world resemble that of an arcade game you would find at a Dave & Busters. It’s not a strong strike against the game as the graphics ultimately become forgivable in favor of the experience provided but virtual reality is clearly still in its early days with Iron Man VR and others like it hopefully serving as stepping stones to a more crisp generation. This is the time for engaging and innovative play styles to carry us there.

Heading back to Tony Stark’s Malibu mansion between missions for the opportunity to change or improve suits, convene with the A.I., and spin a giant holographic globe to either continue the story or revisit missions is a great headquarters model. Finish a mission, head back to headquarters, and take a break — or pick up some holograms and apply to them to your suit before heading back into the field. The game is very smart in its delivery of information about Ghost’s drones, Iron Man’s upgrades, and where the next mission is going to place. There is an abundant amount of information and the game can be completed whether the player chooses to consume it all or not, though the info might be surprising in how helpful it is for battle.

Plus, as a Marvel fan, it’s just really cool to be in Tony Stark’s garage and tinker with a suit. Though fatigue may set in when flying around for too long or getting tripped up in the PSVR’s wires, there are moments that will truly blow the biggest of Iron Man fans away. Some may be a simple as seeing the Iron Man interface unfold before their own eyes for the first time, others might the moment of realization that controlling a flight path and simultaneously shooting a target with the other hand is every bit as awesome as it sounds.

Overall, Iron Man VR will provide fans of the titular character with a unique and highly engaging experience. They can build their own suit, store another custom as a loadout, and take to the skies to shoot down villainous foes. Encounters with other Marvel characters and brands are fun for the hardcore lover of the brand but the game blasts off on all cylinders when it hurls gamers into action beats, often with creative beat the clock missions and different objectives to keep things fresh. For PSVR owners, it’s a simple and safe choice to spend the $39.99 for this experience, but for those considering investing in picking up the PSVR towards the end of this console generation’s shelf life, well, let’s hope they really, really like Iron Man.

Marvel’s Iron Man VR is set to release tomorrow, July 3rd, for PlayStation VR. A retail code and PSVR gear were provided by the publisher for the purpose of this review.

As our second lead editor, Erin Smith provides guidance on the stories Nomad Labs reporters cover. She is a digital nomad, writer and passionate explorer of life. She works as a freelance writer, helping businesses and entrepreneurs tell their stories and share their passions with the world. He‘s also an avid reader and loves learning about different cultures and philosophies. Erin is all about living life and she’s always looking for new experiences to share and new friends to meet.

Erin Smith
View More Posts
As our second lead editor, Erin Smith provides guidance on the stories Nomad Labs reporters cover. She is a digital nomad, writer and passionate explorer of life. She works as a freelance writer, helping businesses and entrepreneurs tell their stories and share their passions with the world. He's also an avid reader and loves learning about different cultures and philosophies. Erin is all about living life and she’s always looking for new experiences to share and new friends to meet.