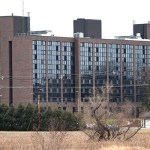 Charges will not be filed against any of the officers who responded to the eight-hour standoff at Shady Oaks last November, including the Minnesota State Patrol trooper who discharged his firearm, the Freeborn County Attorney’s Office announced Thursday. The conclusion came after the completion of the Minnesota Bureau of Criminal Apprehension investigation into the use […]

The post No charges to be filed against officers in Shady Oaks standoff appeared first on Albert Lea Tribune.