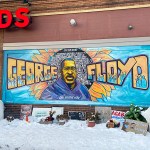 NEW YORK — Monifa Bandele became a community organizer in the late 1990s, after New York City police fatally shot a young, unarmed Black immigrant named Amadou Diallo in the Bronx. In the two decades since, she repeatedly witnessed police reforms that failed to stop Black people from dying at the hands of officers. Some […]