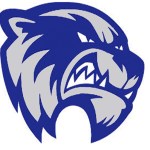 The woes for the Alden-Conger/Glenville-Emmons baseball team continued Monday night when they traveled to Austin to take on Lyle/Pacelli. The Wolverines scored three runs through the first two innings, but were unable to match the Athletics, falling in six innings 13-3. The Wolverines got things started with a lead off walk from senior Reese Nelson. […]