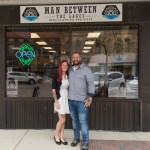 Albert Lean Austin Perkins has racked his brain for years about opening a business in the community.  He and his wife, Miranda, often shop in the downtown boutiques but noticed there’s not much for men, with exception of a few things at the relatively new EJ’s Mercantile.  “We needed a men’s store for women to […]