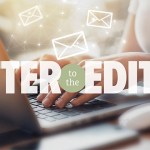 I have been at a loss as to how to respond to the columns from Mr. Hoffman, Mr. Farris and Mr. Kramer. Their goal seems to be defining Democratic positions. I can understand the advantage of defining your opponents. I would prefer they addressed their Republican positions on issues. People could then make a fair […]

The post Letter: Present your own positions appeared first on Albert Lea Tribune.