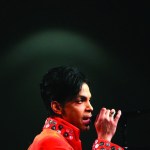 CHANHASSEN — Paisley Park, where Prince lived and worked, will welcome back a select 1,400 fans Wednesday to mark the fifth anniversary of his death from inside his creative sanctuary. The sprawling studio’s atrium will be opened to those who rushed for one of the free reservations, while other fans can leave flowers and mementos […]