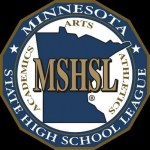 Albert Lea Area Schools superintendent Dr. Mike Funk told the district’s school board the school was now considered “not in good standing” with the Minnesota State High School League.  The new standing comes after the board voted not to pay the league’s newly imposed COVID-19 fees for the 2020-21 school year.  Despite the school being […]