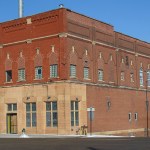 The future of the Minnesota Historic Structure Rehabilitation Tax Credit, which proponents say has strengthened economic development opportunities to revitalize historic buildings, remains in question with a little over a month remaining in the legislative session. Erin Hanafin Berg, policy director at Rethos, formerly known as the Preservation Alliance of Minnesota, said the House omnibus […]