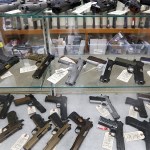 By Stephen Montemayor and Jim Spencer, Star Tribune Minnesota is a notable exception as a resurgence of high-profile mass shootings nationwide revives momentum for new gun laws in Washington, D.C., and in multiple states. The impasse over new gun restrictions at the divided State Capitol continues even in the aftermath of the state’s own deadly […]