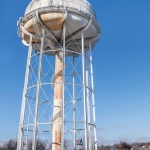 One local artist will have the opportunity to have their work shown on a big scale for years to come when the new city water tower is constructed downtown. The new one million-gallon tower is expected to be built near the site of the existing tower at the intersection of Newton Avenue and Fountain Street. […]