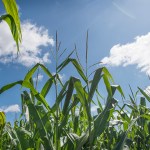 Spring has seemed to come early for the second year in a row, meaning area farmers are hopeful they will be able to get into the fields even earlier this season. Richard Stadheim, a corn, soybean, hay, pea and sweet corn farmer on the north side of Albert Lea, said he thinks farmers are in […]