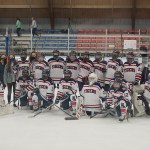 Tigers lose to Eagles after last minute goal, 3-2 The Albert Lea girls’ hockey team entered the game against Rochester Lourdes Friday night with the goal of reaching their first ever state tournament birth in program history. While the Tigers came up just shy of that mark, they still had plenty to hang their hats […]