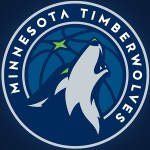 WASHINGTON — Bradley Beal scored 34 points, Russell Westbrook added 19 as part of his NBA-leading 10th triple-double, and the Washington Wizards used a 44-point third quarter to pull away for a 128-112 victory over the Minnesota Timberwolves on Saturday night. Westbrook added 14 rebounds and 12 assists for the Wizards, who have won seven […]