Home News Tigers split another set of duals over the weekend 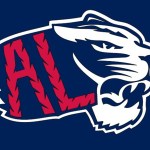 The Albert Lea wrestling team took to the road Saturday, traveling to Faribault where it split a pair of duals against Faribault and Pine Island.  The Tigers made easy work of a depleted Panther team, 60-21, before falling victim to the Falcons in a close battle, 36-24.  Against Pine Island, Albert Lea started out with […]

The post Tigers split another set of duals over the weekend appeared first on Albert Lea Tribune.