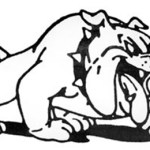 The 2021 Iowa state wrestling tournament came to a close Saturday with five of the six area wrestlers who made the tournament still competing for various places in their respective weight classes.  Lake Mills seniors Casey Hanson, Elijah Wagner and Dalton Thorson, sophomore Alex Beaty, and Northwood-Kensett junior Drake Tiedemann all wrestled at least one […]