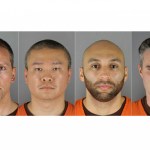 MINNEAPOLIS — A proposal by Gov. Tim Walz to create a $35 million fund to bolster security during the murder trial of a former Minneapolis officer charged with killing George Floyd stalled out in the Democratic-controlled Minnesota House on Monday when leaders pulled the bill, acknowledging that they lacked enough votes to pass it. With just […]