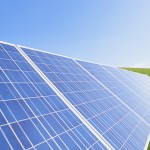 A solar farm east of Hayward that would produce enough power to serve about 97,000 homes could be operational by 2023. Consultants and representatives from the companies proposing the plan shared details and timelines with the Freeborn County Board of Commissioners on Tuesday. “It is a marathon, not a sprint,” said Mike Roth, project developer […]