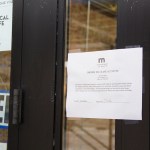 A Freeborn County District Court judge issued a $9,000 fine Thursday against The Interchange Wine & Coffee Bistro, which has been at the center of a state lawsuit for violating state executive orders put in place to limit the spread of COVID-19.  The fine was for failing to comply with the court’s Jan. 8 order […]