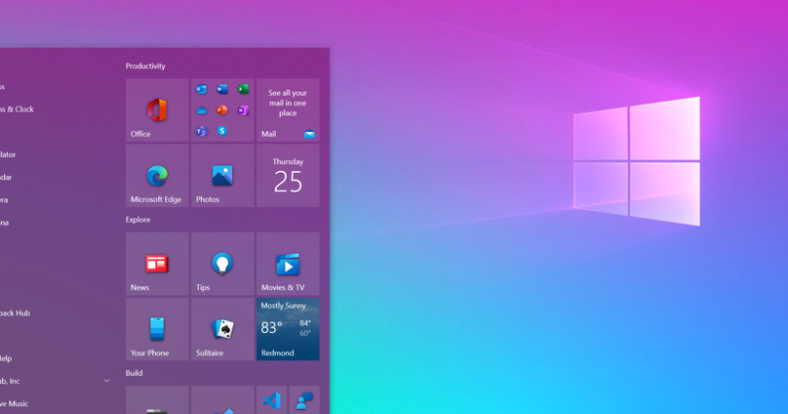 Windows 10 has been the most popular desktop operating system in the world for several years, but over the last 5-6 years, since it was launched, it has been constantly changing. Microsoft considered from the beginning that this software is now a service, constantly adding new features and changing certain elements every year. In 2021, however, we may receive a new interface for Windows 10, signaling to users that “Windows is back”, according to an official announcement from the company.

Microsoft is preparing to launch a new interface for Windows 10

Microsoft has released a job posting stating that it is looking for software engineers to help develop the Surface brand and visually change the Windows 10 interface:

“As part of this team, you will work with our core platform, Surface, and OEM partners to plan and deliver a visual revitalization of Windows experiences to signal to customers that Windows is BACK and to ensure that Windows is considered the best experience. in a customer operating system. ”

Interface changes have appeared in various biannual updates to Windows 10, but none have been very different from the original. Some icons have been replaced with more colorful ones, the menus have received a transparency effect, and some elements have been “redesigned”, but for the most part, Windows 10 in its original version still looks a lot like today.

However, in 2021, Microsoft could also launch Windows 10X, a new closed operating system, dedicated to tablets and multi-screen devices, but also to productivity laptops. Thus, the new interface of Windows 10 for desktops, could borrow design elements from this new version, made especially for touch screens in the first place.

The last time Microsoft tried to do this, it launched Windows 8, which changed the Start menu with a full-screen interface, which could be navigated more easily with a touch screen than with a mouse. Given the speed with which the company replaced Windows 8 on the market with 8.1 and then with 10, we can assume that it has learned from mistakes and will not repeat them in this major update that it is preparing.