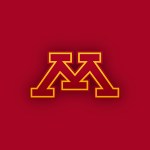 MINNEAPOLIS — Liam Robbins had 27 points, 14 rebounds and five blocks, keeping up his impactful introduction to the Big Ten for No. 21 Minnesota in a 77-60 victory over No. 25 Ohio State on Sunday. Marcus Carr added 15 points and Gabe Kalscheur scored 13 for the Gophers (10-2, 2-2), who emerged with three […]

The post Robbins leads No. 21 Minnesota past No. 25 Ohio State 77-60 appeared first on Albert Lea Tribune.