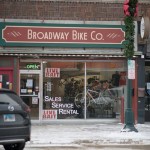 Just two weeks ago, Mark Conley noticed a need in the Albert Lea community. With ice fishing season just around the corner, fishermen would soon be descending upon area lakes in hopes of catching their next prized wall mount, or at the very least, some dinner. The only problem was there is no accessible live […]