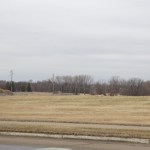 The city of Albert Lea this week announced it was awarded a $1.4 million Contamination Cleanup and Investigation Grant from the Minnesota Department of Employment and Economic Development to assist in the remediation of contaminated soils at the Blazing Star Landing, the former site of Farmstead Foods. Albert Lea City Engineer Steven Jahnke previously stated […]