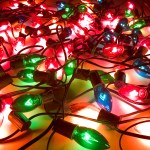 The United of Freeborn County on Wednesday announced the winners of the first-ever Gift of Lights contest. The contest was a fundraiser for the United Way that encouraged residents, businesses and organizations in Freeborn County to decorate their homes and buildings with outdoor lights and decorations. Organizers have said they hope the contest becomes an […]