Home News Some shipments of Moderna vaccine to Minnesota delayed 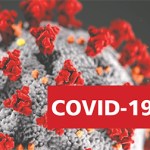 MINNEAPOLIS  — State health officials said Wednesday that a national delay in some shipments of the Moderna vaccine will hit some Minnesota providers, and blizzard conditions could further complicate the shipping glitch. Minnesota infectious disease director Kris Ehresmann said during a media briefing Wednesday that four providers across the state were notified of delays in […]

The post Some shipments of Moderna vaccine to Minnesota delayed appeared first on Albert Lea Tribune.