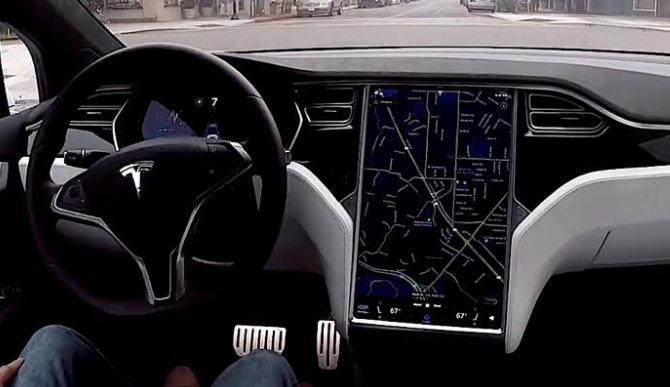 Tesla is still experimenting with various sales strategies to convince customers to buy autonomous driving functionality. It was promised for several years and was launched gradually, first with driving assistance through the Autopilot system and only in October 2020 it reached a beta version on cars in the form of the package “Full Self-Driving” . However, at $ 10,000 for access to this feature, probably not many customers rush to buy it, so Tesla is still trying new strategies to attract them to such a package.

Tesla separated the Autopilot and Full Self-Driving functions some time ago and started selling them separately. However, Autopilot can be “upgraded” to Full Self-Driving in exchange for a lower price than the full package. In fact, the price for the upgrade was really cheap recently. But it is still necessary to pay a few thousand dollars or euros at once. And for options bought after you buy the car, you don’t even have a financing plan.

Thus, Tesla decided to offer customers another, more advantageous option: the possibility to subscribe to these functions. Basically, you can access the Full Self-Driving capabilities of the car as long as you have an active subscription and pay for it month by month. Elon Musk has talked about this possibility in the past and now it is going to become a reality.

Elon Musk announced on his Twitter account, in a reply to a customer, that the Full Self-Driving function will be available at the “beginning of next year”. That can mean any time between January and March, so we’re only a few weeks away from a possible launch.

And the context in which the client asked the question seems to be quite interesting: he says he wants a subscription for Full Self-Driving, because it would not make sense to buy the function with the money down, as the car he owns is leased , so he would pay all the money for a position that he will not be able to access in a few years, because the car will return to the leasing company.

And by being able to subscribe to this feature on a monthly or annual basis, Tesla could also increase the actual sales of the option, giving users a cheaper way to try out the car’s driving capabilities before buying them with the money down $ 10,000.