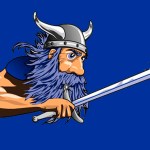 The Northwood-Kensett wrestling team traveled to Gratteninger Tuesday night for a quadrangular against Grattinger-Terril, North Union and West Bend-Mallard. Despite wrestling tight duals against all three teams, the Vikings pulled out a victory in just one, beating the Titans 42-36, while losing to the Warriors 42-36 and the Wolverines 31-24. The Vikings finished the dual […]