Home News Bollinger prepares an electric pickup with a more square design than Cybertruck for $ 125,000 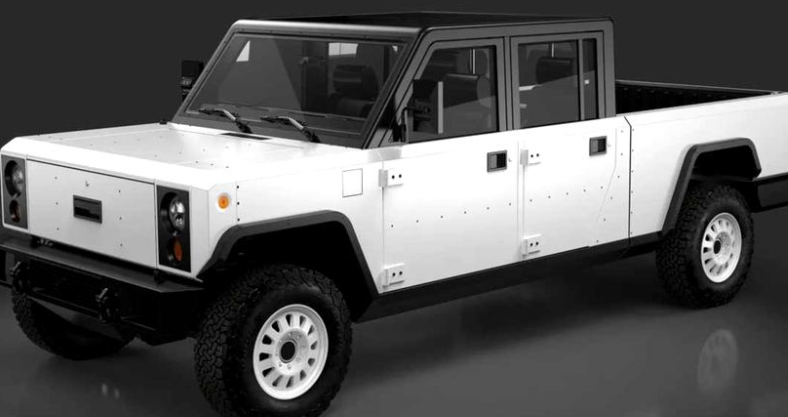 Tesla, Rivian and Hummer are not the only companies that prepare pick-up electric cars. Bollinger, a company founded in 2014, is preparing to launch its first commercial cars, after several years of technology demonstrations. They could reach the market in 2021. The design highlights these models compared to the competition, as well as the price, which is significantly higher than that of a Tesla Cybertruck, but also than that of a Hummer EV.

Bollinger chose an unconventional design for his electric cars

The first Bollinger series cars, the B1 and B2 models, could be launched next autumn. B1 will have a starting price of $ 125,000. Maybe at first glance, the square car might look like it was drawn by a child, who is just learning to sketch, but inside, the company promises a lot of technology and a lot of power.

We are talking about a square SUV with two electric motors, capable of a power of 614 horsepower. The car will be limited from the factory to 100 miles per hour (approximately 160 km / h) and will reach one hundred in 4.5 seconds. Unusual for an electric car, the Bollinger B1 will have a gearbox to switch between battery consumption modes. For more power and less autonomy you can set the low range mode, and for limited engine power and more autonomy you can set the high range mode.

The Bollinger B2 pick-up model seems to be built on the same platform and has the same technical specifications. However, it can tow 3.4 tonnes and carry a load of 2.3 tonnes. Everything is powered by 142 kWh batteries, but the company does not yet provide information about the autonomy they will offer. Given that they have very large batteries, you will probably be able to drive a distance above the market average.

However, at a starting price of $ 125,000, these cars are more expensive than the Hummer EV and the Cybertruck, so they don’t come at very competitive prices, while the design could be even more polarizing than the pick-up. Tesla.