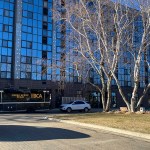 The suspect in the shooting at Shady Oaks apartments was released from St. Marys Hospital Sunday night and booked into the Freeborn County jail, where he is awaiting charges, according to authorities. Devin Matthew Weiland, 21, of Albert Lea, is likely to be charged on Tuesday in Freeborn County District Court. Minnesota Bureau of Criminal […]