Home News Gadgets that will change the future 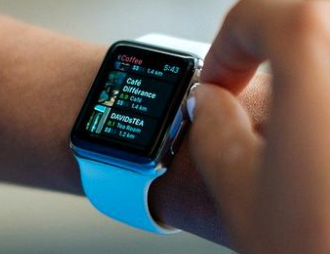 In the last decade, technology has evolved so fast that we can hardly keep up with it unless we are constantly informed. Gadgets we used to see in action movies are now in stores, available to everyone. They make our lives more comfortable, facilitate our communication or help us better protect our health. And some of the devices that have appeared will certainly impact the future and open new perspectives for us. Let’s find out!

It is difficult to imagine at this time that in the near future we will be able to type without using the keyboard. But with SelfieType technology this seems possible. The technology uses the smartphone’s front camera to identify finger movements. These are interpreted as keystrokes and so users will be able to type on absolutely any surface as if they had a keyboard under their fingers. Probably the ones who don’t have to look at the classic keyboard when typing will probably adapt best to the virtual keyboard.

This is probably one of the inventions that many have been looking forward to, because it is an alternative to classic smoking. In fact, through this technology you can smoke responsibly and without affecting health, this guide shows. Yoop is an elegant, slim gadget that uses an innovative heating mechanism, which creates vapors with carefully selected flavors. The device contains a bridge with liquid obtained through a natural extraction process and provided with an organic cotton filter. The flavors can be different, from chocolate to Cuban tobacco, with 0 nicotine or CBD, which naturally has anxiolytic, antidepressant and anti-inflammatory and pain-fighting properties. The device allows 250 fluffs without recharging, then charges via micro USB port.

With the help of this type of bracelet we have the feeling that we can really touch the sound! Sgnl is a type of bracelet that can be used as such or with a smart watch. It connects to the phone via Bluetooth, and at the time of a call you can use your fingers as a smartphone receiver. Basically, at the time of the call, all you have to do is touch your ear with your finger. The sound is transmitted perfectly and the background noises are attenuated. No headphones or other devices are required. The bracelet also has a microphone integrated so that you can talk on the phone without touching it.

The technology that allows the insertion of information in the visual field, augmented reality, will certainly change the future. Augmented reality glasses are currently an extension of the phone, but soon it is possible to replace it. The new models of augmented reality smart glasses are independent products, with touch controls in frames for menu navigation and with speakers so that movies and series can be watched on the lenses. Some of them help us to talk to people whose language we do not speak, because the subtitles appear on the lens.

The drone taxi is an invention that seems to be derived from SF movies, but which will soon be seen in the big cities. In fact, it is a very useful invention and a solution for traffic in crowded metropolises. By 2025, Seoul’s skies will be plowed by such aircraft, the Asia Times reports, as it is South Korea’s solution for decongesting traffic. At the moment, the drone taxi can only transport two people over a distance of 35 km and has a speed of 110 km / h, but the situation will probably improve. This is the fourth version of the drone taxi.