Home News How durable are the new iPhone 12 Mini and iPhone 12 Pro Max? 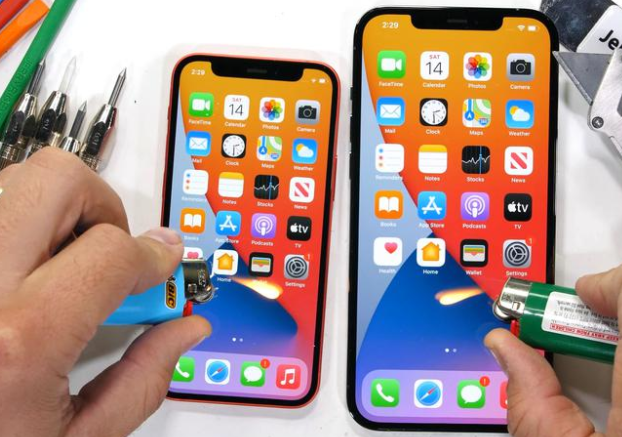 As we have become accustomed to in all major smartphone launches in recent years, JerryRigEverything’s Zack Nelson scratched, burned and tried to bend the new iPhone 12 Mini and iPhone 12 Pro Max models, and the results were surprisingly positive.

It seems that these phones are very well built, being impossible to bend, and the glass on the front as well as on the back is quite durable. At the very least, it doesn’t crack and separate from the rest of the phone when the phone is bent, while in terms of scratches, it doesn’t seem to be significantly more durable.

All sides are made of metal (aluminum on 12 Mini and steel on 12 Pro Max), and the chambers are protected by sapphire glass, which in theory should be more resistant to scratches than normal glass.

More interesting is the fact that the screens used by Apple, most likely with Samsung and LG panels, do not permanently deteriorate when exposed to flame, even for almost a minute, probably due to the new generation of glass.

If you are looking for an upgrade from an older iPhone, it seems that the new models are not inferior in terms of durability, even representing improvements in some key points.