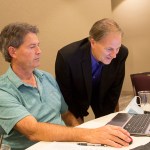 Republican Gene Dornink of Hayfield has unseated longtime DFL District 27 Sen. Dan Sparks of Austin.  Sparks was first elected to the seat in 2002 and was completing his fifth term in office.  Dornink previously ran against Sparks in 2016 but was defeated 45.2% to 54.8%.  As of Thursday afternoon, Dornink had come out in […]