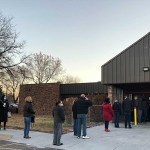 Welcome, at long last, to Election Day 2020. Minnesotans head to the polls Tuesday to elect a president and a U.S. senator, decide several closely watched races for the U.S. House, and determine party control of the Minnesota Legislature for the next two years. Polls in Minnesota open at 7 a.m. until 8 p.m. Alicianna Ruiz […]