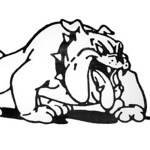 A total of eight volleyball players from Northwood-Kensett and Lake Mills were named to the Top of Iowa Conference teams, including Lake Mills senior Kylie Greenfield being named Conference Player of the Year.  Separated into two divisions, east and west, the Bulldogs had six players make a team in the west and two Vikings made […]