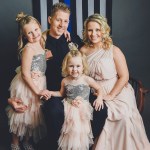 In addition to welcome home celebrations planned in Waseca and Freeborn for Waseca Officer Arik Matson, a separate welcome home drive-thru celebration is planned to take place in Albert Lea in Edgewater Park later next week. Abi Gerdes, who is a friend of the Matsons and who is organizing the event, said the Albert Lea […]