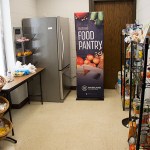 An initiative that started two years ago at Riverland Community College’s Austin campus has spread to both the Albert Lea and Owatonna campuses in an effort to help alleviate food insecurity for students. Alexis Persons, director of residential and student life at Riverland Community College, said the idea for food pantries started about  two years […]