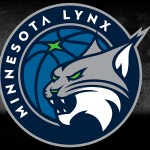 BRADENTON, Fla. — Rookie of the year Crystal Dangerfield scored 15 of her 17 points in the second half and Minnesota beat Phoenix 80-79 on Thursday night to advance to the semifinals of the WNBA playoffs. Damiris Dantas led Minnesota with 22 points although she missed a pair of free throws with 6.1 seconds left […]