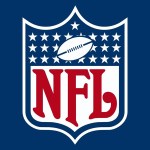 DETROIT — Adrian Peterson has agreed to a one-year contract with the Detroit Lions, a person with knowledge of the deal told The Associated Press. The person spoke to the AP on condition of anonymity Sunday because the agreement had not been announced. The 35-year-old Peterson was released by Washington on Friday after spending the past two […]

$3/gal national average could be on the horizon

Get in the loop