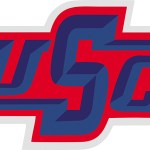 WELLS — The United South Central girls’ tennis team was looking for its first win Thursday night going up against Tri-City/Cleveland. The Rebels dominated for five straight set victories to take down the Titans, 5-2. In singles action, senior Delaney Weber got a 6-2, 6-1 win at the No. 2 spot,  junior Elizabeth Romano got […]