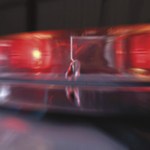 A 12-year-old girl was flown by Mayo One helicopter to St. Marys Hospital in Rochester Friday evening after a four-wheeler crash north of Emmons. The girl sustained life-threatening injuries, according to the Freeborn County Sheriff’s Office. Her condition this morning is unknown. A press release stated the Sheriff’s Office was alerted to the crash at […]