Home News STDs on the rise in Minnesota 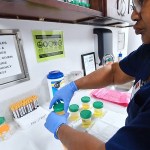 State health officials are concerned about an increase in cases of syphilis, chlamydia and gonorrhea among Minnesotans.

The post STDs on the rise in Minnesota appeared first on Albert Lea Tribune.