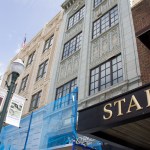 One of the downtown buildings owned by the city of Albert Lea is facing continued deterioration and is in need of repair before damage worsens and repair costs rise, the city’s building official said Monday during the Albert Lea City Council work session. Building Official and Zoning Administrator Wayne Sorensen said the Jacobson Apartments building, […]