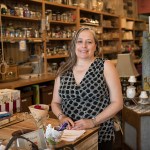 ALDEN — An area business owner has reopened her store after a move and an expansion. Mary Chicos, owner of Someday Isle, opened her business as an occasional shop in April 2017. Last October, she bought the building diagonally across the street, at 163 N. Broadway in Alden. She started working on the new space […]