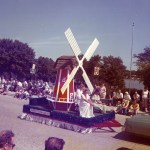 Parades have been an important part of Albert Lea’s Independence Day celebrations for many years, with evidence of parades taking place even back in the 1880s, according to records from the Freeborn County Historical Museum. Albert Lea’s traditional Third of July Parade was canceled this year because of the COVID-19 pandemic, but in the past […]

The post A look back at former Independence Day parades in Albert Lea appeared first on Albert Lea Tribune.