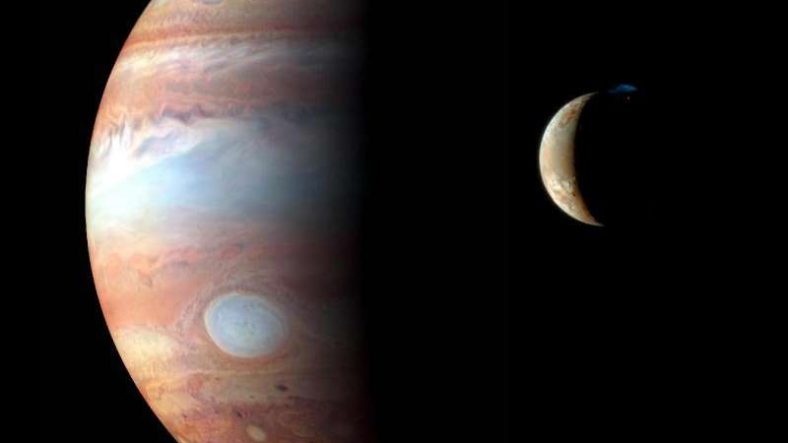 Jupiter has covered in eternal clouds and storms, but researchers now have the chance to examine interesting details about the planet.

These observations can be made thanks to a new array that is formed by three powerful tools. The Juno probe has been orbiting around the planet for almost four years and is the spearhead of the initiative. In the middle, we have the Hubble Space Telescope, which has gathered a significant amount of data about the giant planet in the past. At the end of the array, the Gemini Observatory located in Hawaii offers Earth-based data.

By collecting and comparing the data acquired by these tools, astronomers have been able to learn an impressive amount of data about the weather on the planet.

Many people are familiar with the Great Red Spot, which marks the presence of the largest storm on the planet, but there several other storms that roam the planet. It is estimated that the clouds can go up to five times higher in comparison to the ones found on Earth, and lightning bolts are up to three times stronger.

Juno can reach a specific position close to the perijove every 53 days. This position allows the spacecraft to observe the clouds and collect information about the chemical composition of the atmosphere and the intensity of lightning strikes.

The team of researchers behind a new study focused on Jupiter ensured that Hubble and Gemini would track the impressive gas giant at the same time, improving the accuracy of the information. A major highlight of the research is represented by the fact that lightning tends to appears more often in the case of filamentary cyclones. It is theorized that these cyclones can release internal energy via convection, but more data is needed before definite answers can be offered.

More information can be found in the study, which was published in a scientific journal.