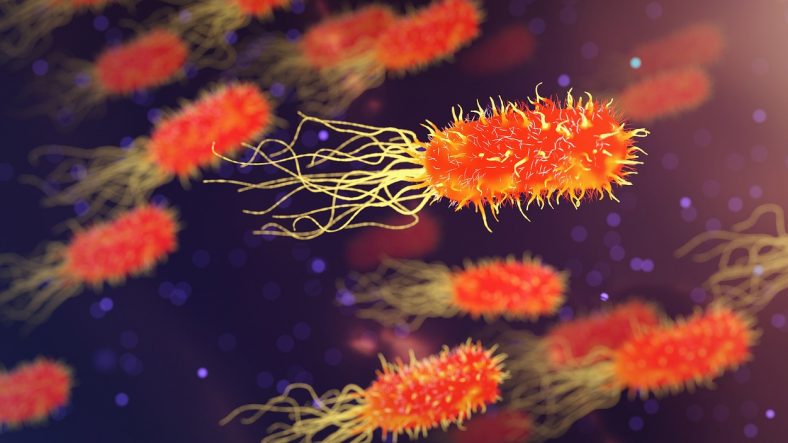 Before a bacterium divides, there is an accumulation of mechanical stress in the cell wall, at the very place where it will separate, found Swiss scientists.

Bacteria are among the first forms of life to appear on the surface of the Earth. There are thousands of different types living in all environments, from the depths of the Earth to the highest layers of its atmosphere. They also populate the human body where their presence is usually beneficial. But they can also cause cancer, heart problems, and serious infectious diseases such as tuberculosis, which kills more than 1.5 million people annually.

In their work, microbiologists John McKinney, Georg Fantner and colleagues at the Swiss Federal Institute of Technology in Lausanne studied bacteria very similar to the human pathogen that causes TB.

As part of their study, Swiss researchers have developed an instrument that combines two types of microscopy; one allows to visualize and the other to manipulate cells at the scale of molecules.

The data obtained showed that the division of a mycobacterium cell requires mechanical forces in addition to the division molecules (enzymes) previously identified.

Specifically, when the researchers physically supported the bacteria with a microneedle, they caused instantaneous and premature cell division.

This experience proves that physics is essential to this important biological process.

These studies thus show that the usual process of bacterial cell division by enzymes can be bypassed by pressing with a needle at the site of the nascent division.

Our work shows that biological enzymes and mechanical forces “collaborate” to lead to the separation of daughter cells during bacterial cell division , McKinney concludes.

The details of this work are published in the journal Nature Physics.

The Latest: Texas hospitals fill to near pandemic peak